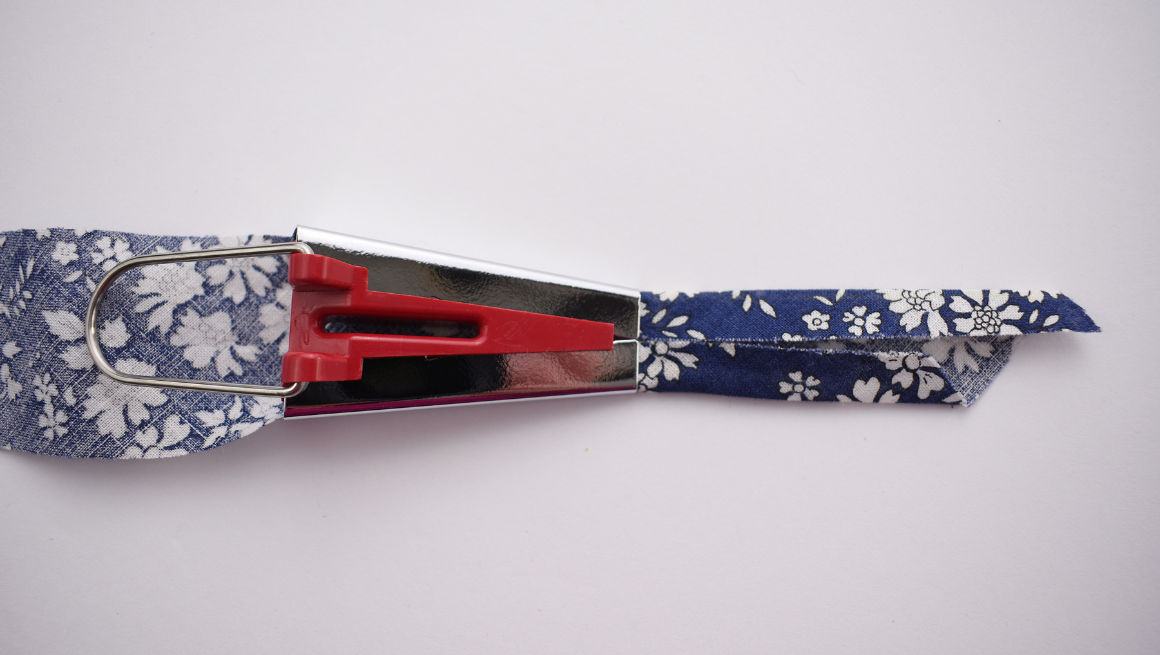 In today’s we are going to talk about finishing edges with bias tape or bias bindings. Bias is used to finish the front of the Orchid pattern and in the Farrah pattern but has so many other uses! This is a method that is used frequently in garment sewing to finish armholes, necklines, and other raw edges. We are going to begin by showing how to find the bias of your fabric. We’ll move on to cutting and joining bias strips to make your own bias tape. Then we’ll demonstrate three different ways to attach bias strips to your garment to give a clean finish to your edges.

Before we begin, here’s what you’ll need:

HOW TO FIND THE BIAS OF YOUR FABRIC

To begin, you’ll want to make sure you have a piece of fabric with two straight edges that are perpendicular to each other. There are a couple of ways to achieve this. First is to use a ruler to mark a line perpendicular to the selvage with tailor’s chalk and cut along that line. Another way to do this is to cut a snip into your fabric at the selvage and rip the fabric along the grain.

Once you’ve cut your strips you can join them together to make bias tape that is as long as you need for your project.

Here are two easy ways to press your bias strips into double-fold bias tape. One uses just an iron and the other uses a handy bias tape maker.

PRESSING FOLDS WITH AN IRON

For this method, you will need a bias tape maker and a thin tool with a point on the end, like an awl or even a sewing machine needle.

This method is the one that is used to finish the front bodice pieces of the Orchid Midi dress. It is very common and does not require that the bias tape be pressed into folds before it is sewn to the fabric. Bias strips are typically cut to 1.25″ wide for this method, and sewn to the garment with a 3/8″ seam allowance.

French bias binding is similar to the invisible method, but the bias tape is folded and pressed in half before being attached to the fabric. Strips are usually cut at 1.5″ or 1.75″ wide for this method.

This last method of applying bias tape results in a visible binding around the edge of your fabric. It uses double-fold bias tape and can be sewn two ways. One results in visible topstitching on the outside of the garment, and the other uses stitch in the ditch for an invisibly stitched finish.

We hope this sewing tip was helpful and that you feel ready to finish your edges like a pro! 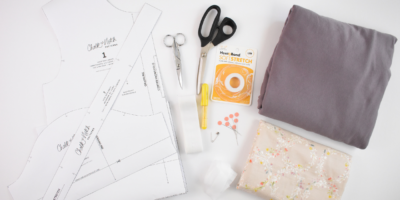 Pixie Tee Sew Along | Getting Started

We use cookies to ensure that we give you the best experience on our website. If you continue to use this site we will assume that you are happy with it.